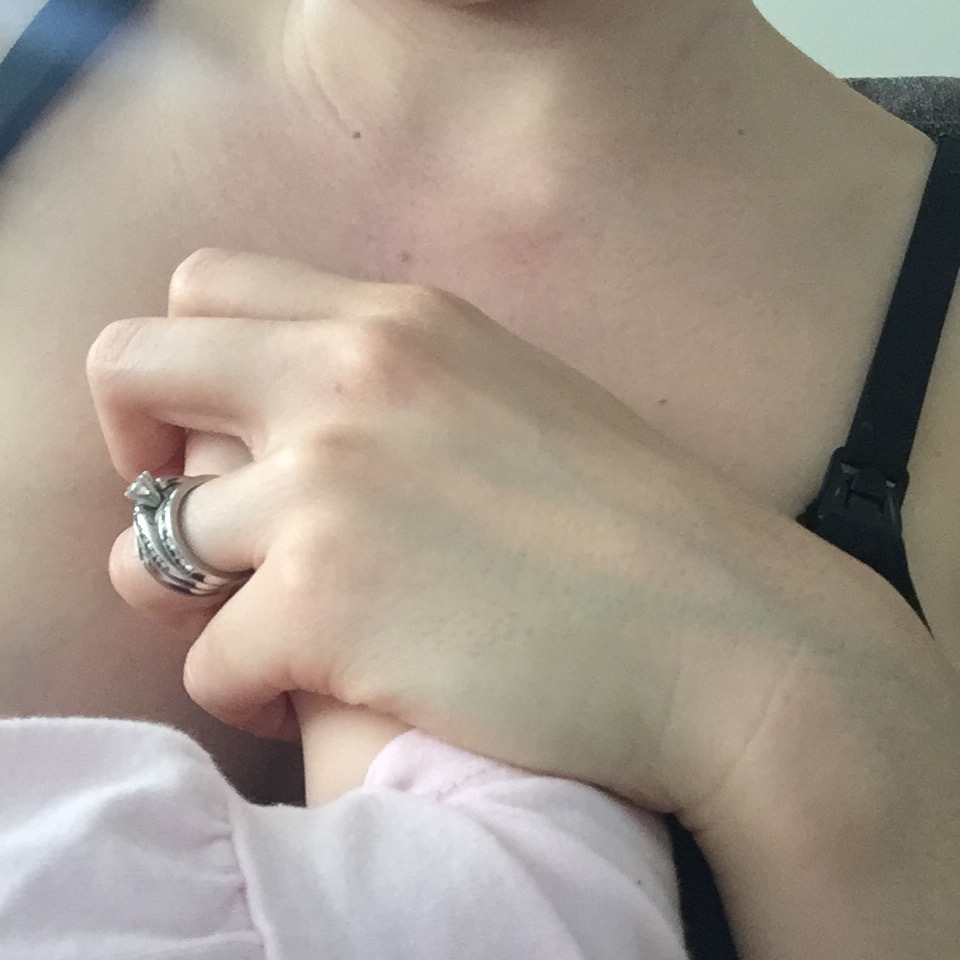 When the twins were born, I set myself a goal of breastfeeding them for 12 months. From the moment we got home from hospital, the countdown was on… 1 week down, 51 to go… 2 weeks down, 50 to go… My Mum, who I was incredibly lucky to have supporting me, would just shake her head and spur me on, bringing me another cup of nursing tea and a lactation cookie. The first 10 weeks of feeding, pumping & giving expressed top up bottles were really hard. Eventually things got easier & now it just seems like a simple thing to be putting one on and then the next, like a production line.

This past week however, has really tested me. The twins have both been a bit off with either a cold or teething and they’ve both been waking multiple times before 11pm and then again during the night (which is not unusual). My wonderful husband / their excellent Daddy goes in to them first, but the outcome is the same, they’re not going to settle without a feed…

Last night both twins were crying out at 11:15pm and my hubby brought Evie down to me saying that she just really wanted a feed. After responding in my exhausted state saying, ‘I’m so over the feeding’, I took Evie (who immediately dropped her head into feeding position 😂) & fed her while Adam went to get Noah so I could feed him too. As I was sitting there in the dark feeding the twins I kept thinking about the need for me to always ‘come to the rescue’ with feeding them and I couldn’t help but feel a bit deflated (pardon the pun 😋). As I was going back to sleep, I then started thinking back to those first few months of starting the countdown & I thought, I’m almost there! I’ve come this far and I’m almost there!

As I woke to my 3 beautiful kids this morning and I fed the twins with their beaming smiles, I was reminded how incredibly lucky I am to have 3 beautiful babies (not that I really need much reminding, but smiling babies and their older brother greeting me with ‘how are you beautiful Mummy?’ helps 🙊), and to have been able to breastfeed them all. In just over 2 months time I will have reached my goal and I will have satisfied my desire to give my babies the start in life that I have worked hard to give them. I’m almost there!

One thought on “Almost there!”