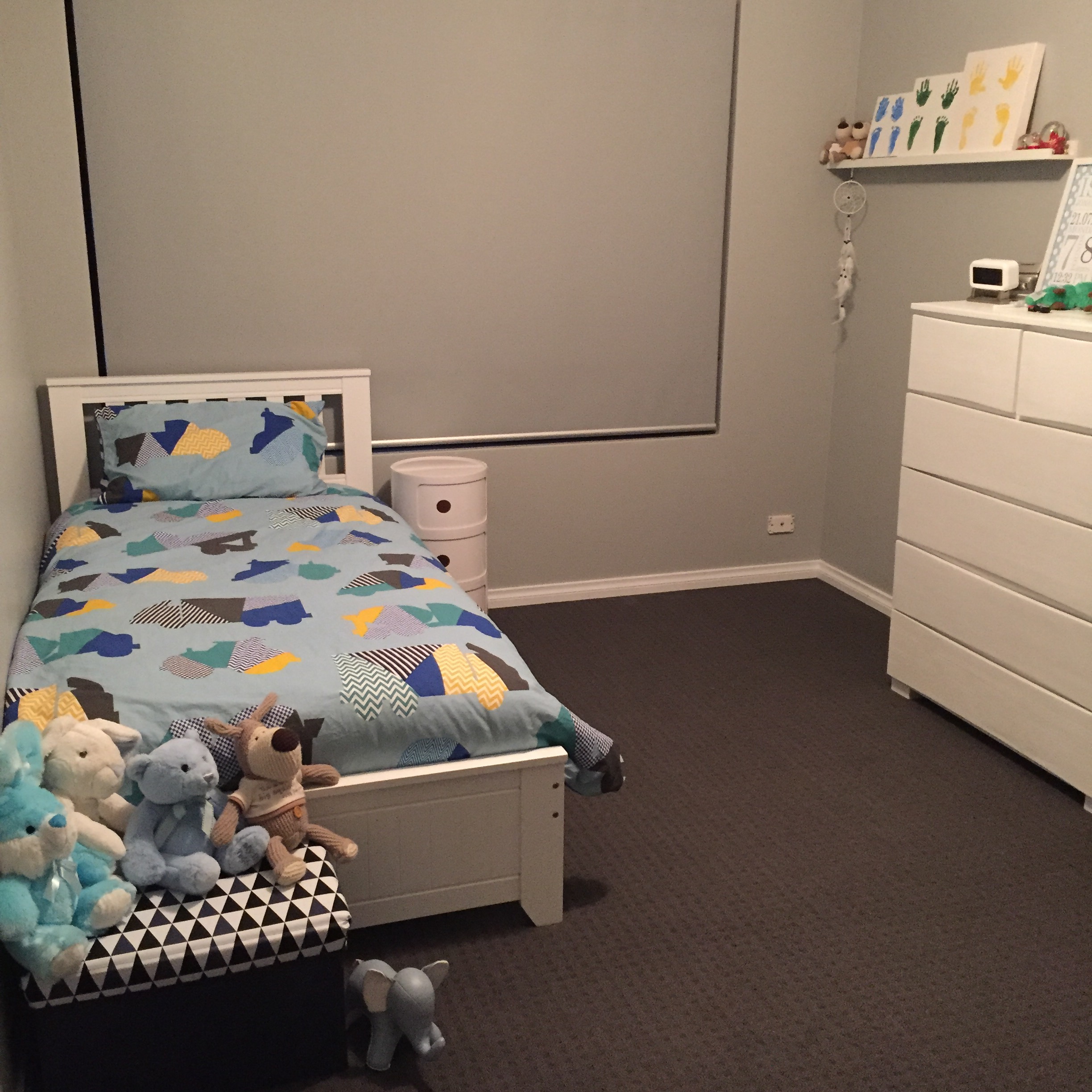 Our firstborn has never been a sleeper. Since birth, he has been the type that would stay up partying all night if we let him. He wasn’t the kind of baby who would just fall asleep anywhere (I hear they exist!?), want to be cuddled to sleep, or ever fed to sleep. When he was 5 months old, he fell asleep whilst sitting on my lap at a mothers’ group catch-up, and that was the first and last time he did that. Despite this, he has always been a very happy, energetic boy, with a very active mind. As we approach his 3rd birthday, I have been reflecting on the last 3 years, how our little man has grown, and our experience with sleep or sleeplessness.

Well, those first couple of months are a real adjustment period aren’t they? Going from uninterrupted sleep (for the most part), to multiple waking’s, with feeding and settling at all hours (and sometimes for hours) of the night. When our boy was 8 weeks old, we went on our first family weekend getaway and he slept 10 hours straight on both nights. It was absolute heaven (bar the swollen, leaky chest), but upon returning home, those long stretches were long gone. At about the 3 month mark, things got rather testing with our boy waking 3 – 4 times a night, which then progressed to waking approx. 40 – 60 minutes after we had put him down for the night, and every 1.5 – 2 hours after that.

When he was 4.5months old, I decided to seek help and I contacted Ngala. After a consultation over the phone with one of their lovely team members, I was given some suggestions on calming our baby boy before his bedtime and given a gentle technique to try for enabling him to self-settle.  Implementing this new technique allowed me to learn the difference between our boy’s cries for the first time, and gave me a newfound strength. The first couple of sleeps following this were tough, but he showed signs of improvement instantly. He quickly learnt to self-settle and the number of night waking’s reduced and we were all more relaxed and rested.

At 6 months, with both sadness and excitement, we moved his cot into the nursery. Sadness, because it meant that our baby boy was growing up, and excitement, because it meant we wouldn’t be woken by his little grunts and groans throughout the night. I still continued to feed him if he woke during the night, which was usually just the once. At about 7 months, we went through a fun phase of early waking’s between 5am and 6am, then at 7.5 months he pulled out the old standing in the cot trick, which thankfully didn’t last too long. From 8 months, we turned a corner and he started giving us the occasional full night of sleep (yippee!!). When he was approx. 11 months old, the solid nights became his norm, and we ended our first year on a high. He was also still having 2 day sleeps at this point.

The second year was certainly our good news story. Our 1 year old had become a regular all-nighter and we had a bedtime routine that worked for us. Part of this, was accepting that he would take some time to wind down at night, with him recapping his day or often singing himself to sleep (which he still does). Just as he would go to sleep talking, he would also wake up in the same way, which provided us with some morning entertainment over the baby monitor. He dropped to 1 sleep not long after his 1st birthday, which also made it easier for us to get out and about more. With the impending arrival of our twins and our boy’s 2nd birthday, we decided to transition him from his cot in the nursery, into a ‘big boy bed’ in his new room. We felt that it was best to start the transition before the twins arrived, and also felt that it would help with preparing our boy for the change, by having the nursery set up with the 2 cots. We weren’t prepared for what the following year would have install for us, but the unknown is just one of the ‘joys’ of parenting!

This past year has really had us questioning how much (or how little) sleep we need to survive. The introduction of his ‘big boy bed’ and new room came with a new set of challenges for us all, not to mention adding newborn twins and toilet training into the mix. No longer confined to a cot, our 2 year old discovered the freedom of being able to get out of bed unassisted, and he certainly did not waste the opportunity. After endless nights with multiple escapes, and finding him asleep on his bedroom floor, on the lounge in the living area, on our bedroom floor, or in our bed, we resorted to putting a safety gate across his doorway. This eased our concerns over what he might get into during the night with his access-all-areas pass, helped us preserve some patience and sanity, and stopped those frightful experiences of having a little 2 year old suddenly appear at our bedside in the night.

We have gone through just about every phase this year. From him falling asleep at the gate, removing his nappy (whilst toilet training), sleeping in a portacot in our room, sleeping in a portacot back in his room, to now being back in his ‘big boy bed’ (*fingers crossed!*). We’ve tackled multiple night waking’s, night terrors, ghosts that only come when he’s in his ‘big boy bed’, early morning waking’s, etc. We are now experts in his stalling tactics, the needing a drink, the toilet, more cuddles, another drink, or needing to see the moon, read a book or any other part of our bedtime routine that we may have missed. We have learnt that our boy sleeps best if he has a night light, his beloved blankie, his afternoon sleep (the nights are a challenge if he misses this), and lots of cuddles of course, and that he just has a very active mind.

For us, the last three years have really been about trial and error, and accepting our new way of ‘sleep’. After spending the first year worrying about our boy’s sleep (or lack of), we’ve learnt to relax and to have the occasional laugh at the challenges we are thrown. There are many different phases, milestones and tests along the way, but it is important not to make too many comparisons, to do what works best for you and your little one(s), and to remember that every day is a new day.