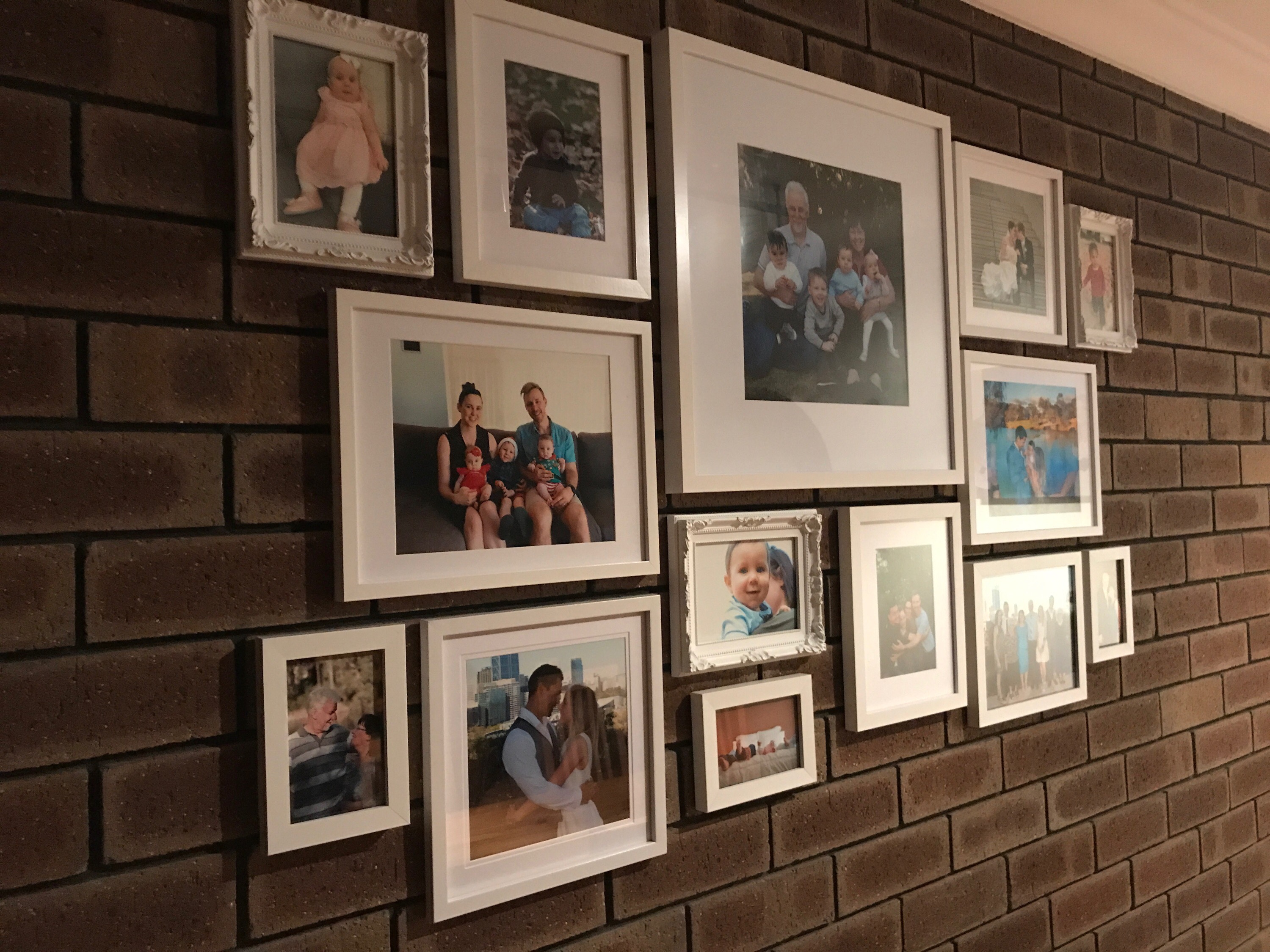 It has been a busy couple of weeks in our household, well more specifically, in my in-laws household. A couple of weeks back, my Father-In-Law and Mother-In-Law set off on their long-awaited (and well deserved) trip to Canada. They were set to travel around for 4 weeks with a couple of their good friends, and whilst they were gone, we (my Sister-In-Law, Brother-In-Law, my husband and I) were going to make some improvements to their home.

The plans began months ago, and the wish list pulled together. We wanted to put up a photo wall, paint some bedrooms (especially their room and the grandkids room), recarpet the bedrooms, install some new window treatments, sort through paperwork, and more. My in-laws are always doing everything for everyone else and never have time to do anything for themselves. Most recently our Father-In-Law did some amazing kitchen renovations on both ours and my Sister-In-Laws kitchen, and we really wanted to do something special for them to show them how much we appreciate what they do for us.

You may have noticed that I said they were ‘set to travel for 4 weeks’, and that is because unfortunately their trip was cut short. As they landed in Calgary almost 2 weeks ago, they were met with a call from my husband and my Sister-In-Law giving them the sad news that Bird Nanna (my Father-In-Laws beautiful Mother) had unexpectedly passed away. We reassured them that we would all look after each other whilst they were gone (as we wanted them to make the most of their trip and the long journey across), but after 10 days of travel, they hopped on a plane to come home. Knowing that they would be back sooner than expected, we made the decision to go ahead with our planned home improvements and got to task straight away.

The day after my in-laws landed in Canada (Wednesday), the team (my Sister-In-Law, Brother-In-Law, my husband and I) assembled at the house and the work began (with my nephew and the twins in tow 🙈). We moved the furniture out of the 2 bedrooms that we wanted to start on (master & grandkids room), ripped up the carpet, and prepped the walls for painting. My brother-in-law then returned on the Thursday and Friday with the monotonous task of painting. It couldn’t have been too terrible though, as after completing those first 2 rooms, he decided we should do a 3rd room… So he and my Sister-In-Law once again moved furniture, ripped up carpet, and prepped the walls for the painting, as well as shopping for a new bed head and doona cover. All of this whilst hubby and I went on our pre-booked family trip 🙊.

Once the painting was complete, the carpets were laid in the 3 bedrooms (over the Monday and Tuesday) and our excitement kept building. On the Monday, my Sister-In-Law and Brother-In-Law made our first tip drop and picked up the new bed head. My Sister-In-Law and I then met up at the house in the evening (once our kiddies were in bed) and got stuck into the paperwork. We knew this task would be a big one, but also knew that it would be a big weight off my Mother-In-Law’s shoulders and would be very much appreciated. We gave ourselves a recovery break on the Tuesday and were back at it Wednesday night, bonding over paperwork and chocolate again. On the Thursday night, my Mum and Dad came over to watch our kids so that Adam and I could both meet my Sister-In-Law at the house to start putting the rooms back together (no more paperwork!!). We put up bookshelves, assembled a storage unit and bed, put up a blind, and made a plan as to how we would finish things off. Adam and I returned on the Friday night to install another blind, make up the beds (after my Sister-In-Law, Brother-In-Law and nephew assembled the bed), and began putting back furniture.

Saturday was the final day of work. We set ourselves the goal of being finished by the days end so that we could recover on the Sunday, before my in-laws returned on the Monday and the big reveal would take place. The team assembled again (with my nephew and the twins), and realised that it was the first time that we had all been together since day 1 of the project (the sign of a strong team I think!). Adam and I created the photo wall, and we all pitched in to sort and re-organise the remainder of the house and to clean up the mess we’d created *cue fast-paced montage and classic renovation music*.

The day of the big reveal finally arrived and we were all very excited! With the exception of a missed flight, everything went to plan, and my hubby (with his sister) collected my in-laws from the airport. My Brother-In-Law and I waited at the house with the kids and we all greeted them out the front as they arrived. It was both a sombre and cheerful reunion, as we hugged for the first time since the sad news, but were also happy to see them and eager to show them what we had done. As they entered their home, my in-laws first noticed that things had been reordered in their games room and we casually brushed it off as some ‘tidying up’ that we’d done. We prompted them to turn around, so that they could see the new photo wall, and they were both completely surprised and overcome with emotion. We were so excited as it was only the beginning! We explained that we’d organised a few things for them and took them down to the study to show them what we’d done with the paperwork. You could literally see the burden lift from my Mother-In-Law’s shoulders. We then got Isaac to open the door to the grandkids room to reveal the new paint, carpet and toy storage, and they were blown away. Next, we took them through to the front of the house where we revealed the spare bedroom and the new paint, carpet and blind. Once again, they were thrilled! The last room reveal (their bedroom) was the one we were most looking forward to. As soon as we opened the door their mouths dropped, they loved the new paint, carpet and blind, and my Mother-In-Law was over the moon with the new bedhead – they were literally speechless!

All of our hard work was absolutely worth it! Their reaction was priceless and we are thrilled to see how happy we have made them and to have been able to give them something for all they give us.

Photo credit to my Brother-In-Law.